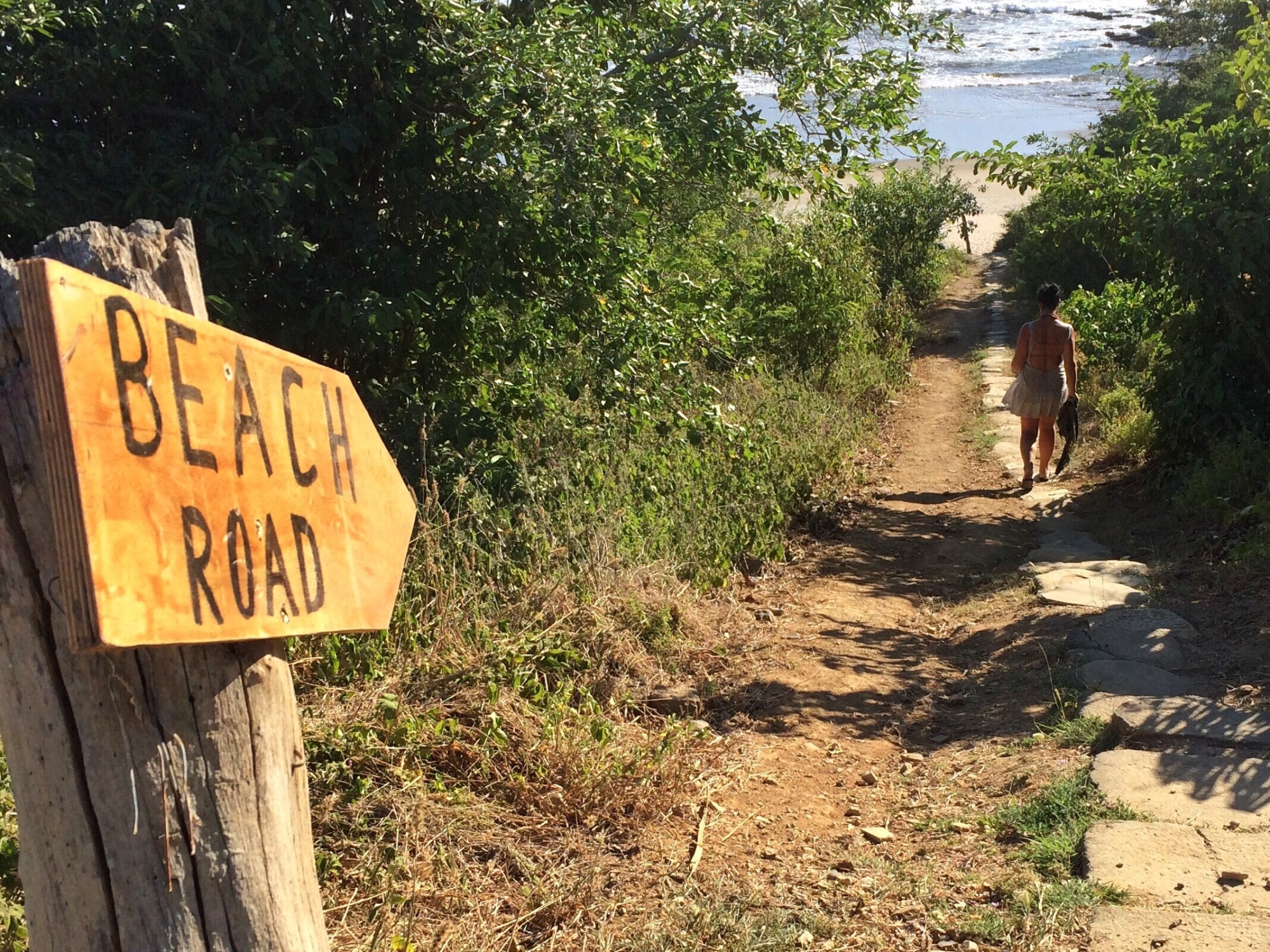 “Learning to surf is easy. All you need is the right wave at the right time. And then you surf. That’s all.”

This is not a spectacularly helpful piece of advice, but Andrey has that quality of many surfers of speaking slowly and with such sincere gravity that everything he says seems deeply profound, until his faces breaks into a grin and he laughs as if he was kidding all along. It’s very difficult to tell whether this breed of surfer is incredibly smart or incredibly stupid. It can go both ways.

Gill and I met Andrey at the tide pools the evening before Gill left me to start her long journey back to Dublin. We all chatted for an hour or so and watched the sun set. The following day I’m wandering into town looking for an escape from the loneliness that’s settling after Gill’s morning departure when Andrey pulls up beside me on his motorbike, shirtless and tanned, like a Mills & Boon dream. It was so cliché I laughed out loud.

“You wanna surf with me?”
“Sure. We have to check the waves first.”

Andrey gestures for me to get on his bike. I shrug internally before ignoring all stranger danger advice I’ve ever been given (adventure is just one mistake away!) and climbing on behind him. Andrey knows the tide is too high right now for the wave I can surf but he’s clearly happy for the company. We check the wave to confirm there’s no swell and then go on a tour of Andrey’s favourite spots nearby.

After a couple of beautiful viewpoints we stop for a beer and Andrey starts to tell me about himself. He’s a Tico, a Costa Rican, but he’s been living and surfing in Popoyo (Nicaragua) for years. He tells me about his daughter and her mother and about his parents’ disapproval of his ‘irresponsible’ lifestyle.

He’s talking in his usual slow, sincere way when he pulls out this line:

“My mom is Chinese.”
“Really?” I try to pick out Chinese features in his face.
“Yeah. My name is Andrey Cespedes On”
“Seriously?”
“Yeah. It’s cool… better to be On than off”

I’m so shocked by the change in tone that I almost fall out of my hammock laughing. We have another beer before continuing my personalized tour of the town.

“Town” is probably too generous a term. Popoyo is really just a couple of beaches (Playa Popoyo and Playa Guasacate) and a scattering of tourist accommodations, restaurants and bars. It’s so undeveloped that half the town doesn’t even have fresh running water which means salty showers and paying for agua pura for drinking and cooking. The part of town that is connected to fresh water has to collect it in buckets during the few hours the water is turned on each week. It’s also fairly remote and a pain in the ass to get to which means that food and other supplies are relatively expensive.

Despite all this, Popoyo is growing fast. Everywhere you look new properties are being built. Word of mouth is spreading about the awesome waves, laid-back atmosphere and iconic landscape and Popoyo is now home to an international surf contest. Andrey and I watch the sunset from a fancy white mansion that’s used for wealthy tourists and surf camps. Andrey sometimes works here as a surf instructor and a guide but right now the place is empty and we have the pool and the sunset to ourselves. I point at a house under construction on the hill below us.

“Is that gonna be some big fancy mansion?”
“Yeah”
“This place is gonna change so much. In five years…”
Andrey looks like he’s about to cry “… I know”

I only planned to spend a couple of days in Popoyo but it quickly turns into a week and I wish I could stay longer. I spend my time surfing and hanging out with Andrey and some people I meet at the hostel, chilling at beach parties, skinny dipping and having bonfires on the beach. Watching the sunset becomes an important daily ritual.

I organise a cab to pick me up early one morning before I get too ensconced in Popoyo life. My bags are packed and waiting by the gate when I run onto the beach for a last goodbye. It’s hard to drag myself away from the sunrise and although I’m not sure whether leaving is the right decision I know that if I don’t go now, I may not leave at all…