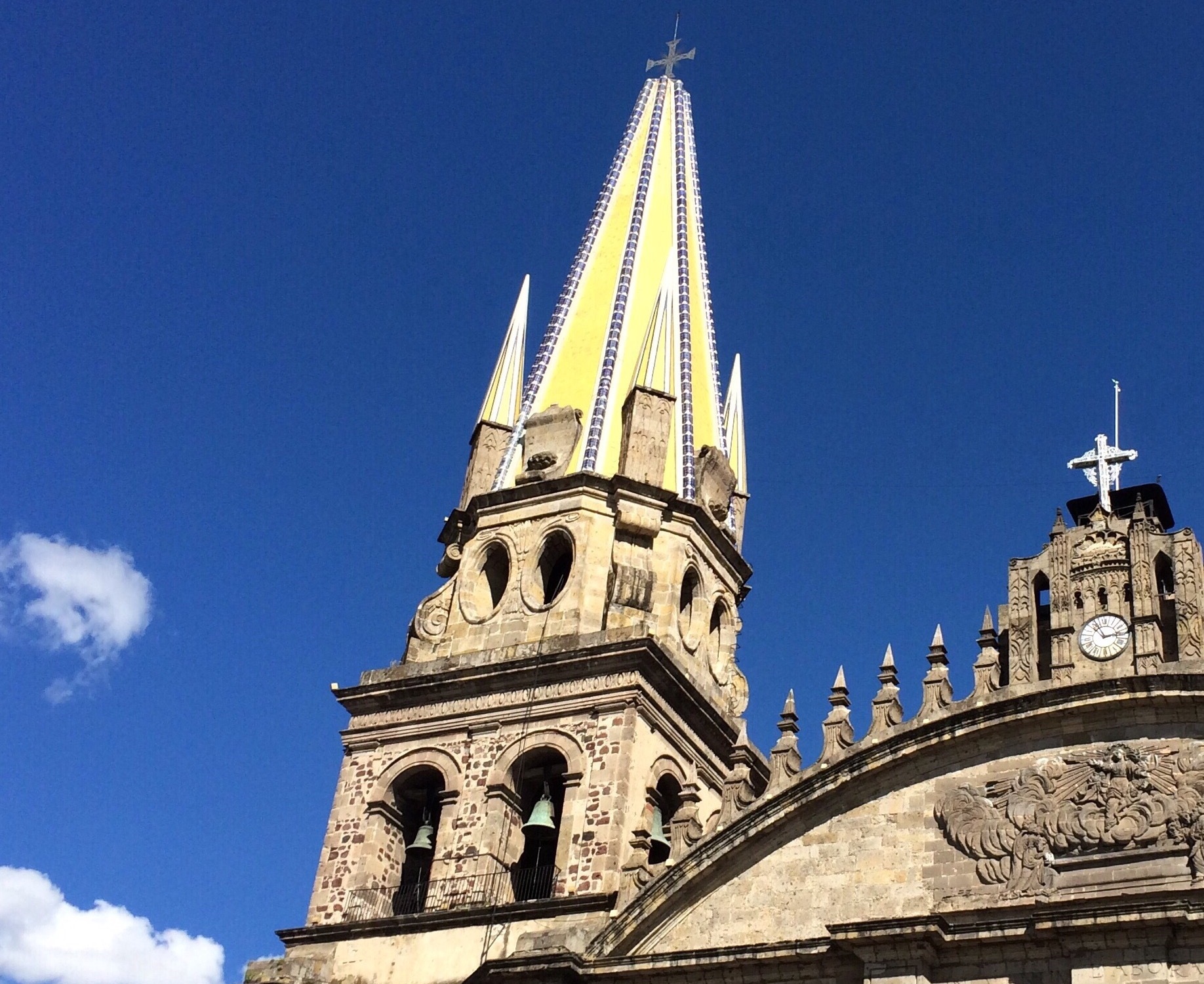 Let me tell you, friends, traveling overland from Austin to Guadalajara is quite intimidating, especially in the midst of severe weather warnings and hysteria about crossing the US-Mexico border by land. I was ready for action.

In the end it was all rather anticlimactic. I said goodbye to the talented Jenna of The Oak Creek Band/ The Watters, braved the torrential downpour in Austin on a mission for vegan donuts before the bus (#worthit) and made it to the Greyhound terminal on time. Despite threats of significant delays and cancellations due to tornado and flash flood warnings my bus was only 30 minutes late. We passed serious flooding on the way south but the road was miraculously open and we cleared the storm quickly.

I got off the first bus in Laredo on the US side of the border before taking a second bus to cross to Nuevo Laredo, the Mexican side of the border. Based on expectations set by government warnings and concerned friends and family I was ready to be murdered by narcos. It was dark when I arrived, the bus station had high fences and security gates and I had the impression that I would have been strongly discouraged if I’d tried to leave the station on foot, but I didn’t ever actually feel unsafe.

I was befriended by a charismatic and enthusiastically racist elderly Mexican woman named Laura during the hour wait for my next bus. We talked at length (she was incredibly patient with my horrific Spanish), she sang to me and gave me recommendations for Guadalajara. I was totally charmed until she began passionately and in great detail describing the ethnic groups that I should avoid and/or fear in Mexico and beyond.

I transferred to a Mexican bus line for the rest of the journey. Luckily, despite Hurricane Patricia being the strongest landfalling Pacific hurricane on record, she fizzled out quickly after hitting the coast of Mexico a couple of days before I arrived.

25 hours after leaving Austin I arrived in Guadalajara and met up with Gill (GILL!) at Hostel Tequila (recommend) and we spent the next few days exploring the city. The city has a very strong arts culture – there’s street art EVERYWHERE, many shopfronts host colourful murals and we passed outdoor painting classes and free live performances by jazz bands and choirs.

We were also in town for Festival de Muertos. Unfortunately and inexplicably the graveyard we hoped to visit was closed at night during the festival so we missed out on sights like this, but we spent a couple of days wandering Tlaquepaque and saw plenty of ofrendas (altars), sugar skulls, painted faces, a parade of Catrinas, and a cool Dia de Muertos themed art exhibition and musical.

Our last night in town we went to the Arena de Coliseo for the Lucha Libre. It was exactly what you would expect from a choreographed, masked and caped wrestling show. Spectators shout offensive chants back and forth between the cheaper and more expensive seating sections. ‘Tu madre’ and ‘puta’ were frequently used but the heckling was all good-natured and hilariously entertaining. We even witnessed a couple of luchadores being unmasked by their opponents which is kind of a big deal. After the show we went straight to the bus station to catch an overnight bus to Mexico City so the Lucha Libre was our melodramatic goodbye to Guadalajara.

A note about crossing the border at Laredo/Nuevo Laredo: I was at no point concerned about my safety while crossing the border. I don’t think I would have left the bus station by myself at night but my only impression was of a small part of town through the bus window and daytime could feel very different. If you’re considering crossing the border here I encourage you to make an informed decision taking into account current reportage and travel warnings.