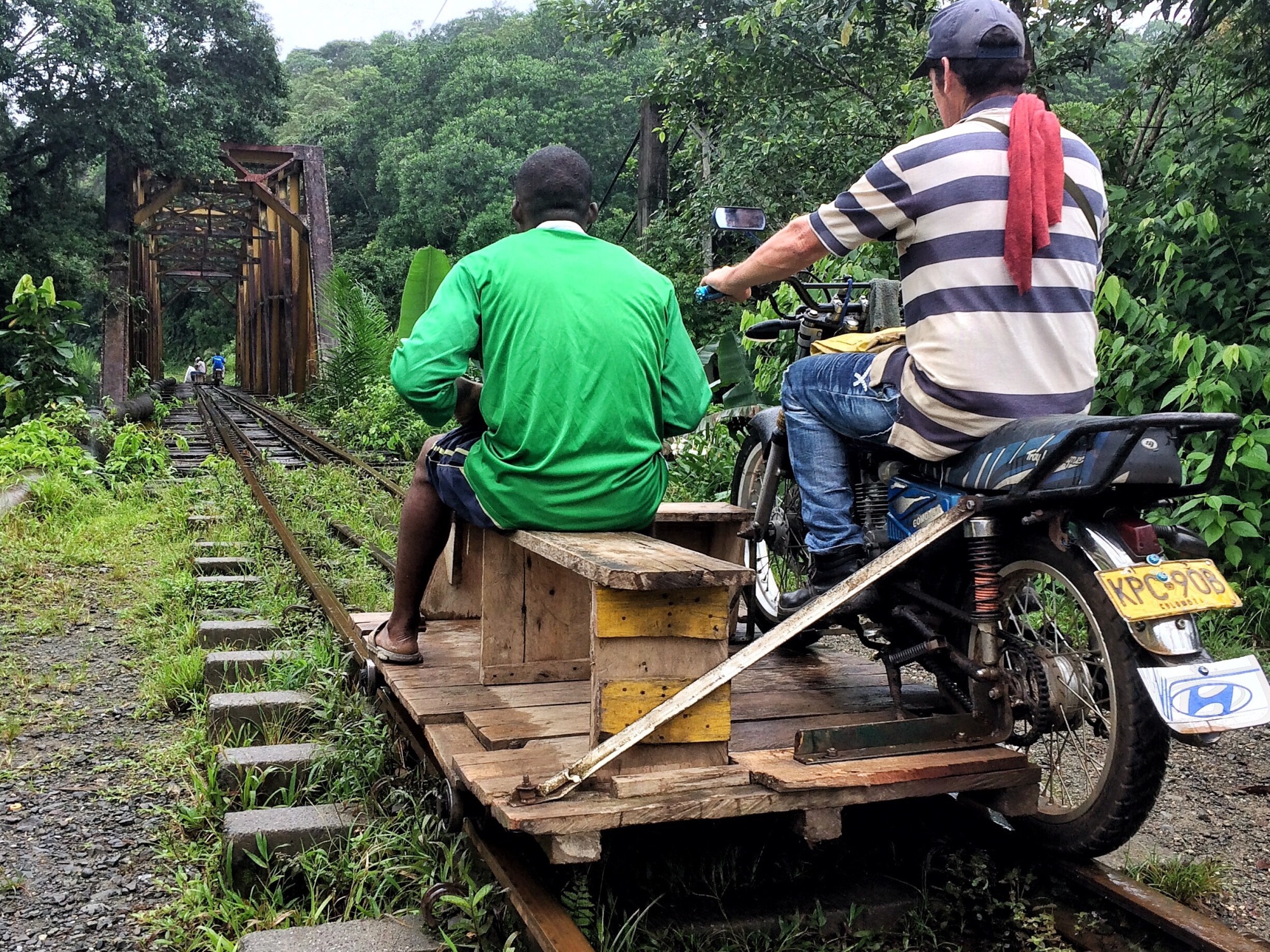 Travel fatigue. It’s a thing. I’m no longer impressed by colonial architecture, ancient ruins, Iglesias Catolicas or volcanoes. I’m sick of spending hours on buses just to take the same photo of that waterfall or those palm trees that thousands of others have taken before me. I was looking for something new, something different, something authentic (whatever that means) when I heard about Chocó.

Chocó is the department (like a province or state) in Colombia that borders with Panama. It’s mostly undeveloped with many towns only accessible by boat or plane. It has coastline on both the Caribbean and the Pacific, the population is largely Afro-Caribbean and some parts are considered quite dangerous due to the still thriving drug trade. My friend Michel is a photographer and took some beautiful photos in Chocó. He recommended it as a place to see the ‘real Colombia’ (again, whatever that means). Although I never quite made it to Chocó, it was the allure of Michel’s photos which drew me to Colombia’s Pacific coast. On the way there I decided to stop for a night in San Cipriano.

San Cipriano is a depressing little town half an hour from the coast but it has one quirk that makes it noteworthy and draws a few curious travelers each day. The only access to town is by rail; there are no roads in or out. A single cargo train runs infrequently so the locals found an ingenious way to travel the rail on their own – they created moto-brujas.

Bruja is a Spanish word for witch. A moto-bruja or brujita is a flat wooden cart which runs along the railroad track and is powered by a motorbike. ‘Uh, cómo se dice… BAD. ASS.’ Of course there are no seatbelts or safety rails and the drivers pack as many people as possible onto each cart so there’s the added thrill of knowing you might be projected off the brujita and into the jungle at every corner.

To get to San Cipriano we were dumped on the side of the road on the way to Buenaventura, made a mad dash across the highway in the rain and crossed a sketchy (but fairly standard for Colombia) suspension bridge to get to the railway. After negotiating our fare with one of the brujita drivers we began loading our bags onto the carts, ignoring the driver’s efforts to hurry us until he mentioned that we really needed to get going because “THERE’S A TRAIN COMING.”

We stacked four passengers, three large backpacks, three day packs plus the driver onto our cart. I was perched precariously on the front with my legs dangling down using all my core strength (ie. somewhere between not very much and none) not to fall forward to certain death by crushing.

We had only rounded a few corners when we saw the train ahead. It was stopped on the main track beside a siding which allowed us to detour around it. I was impressed with the level of organization this required between the train and brujita drivers. Not that Colombians aren’t capable, they just don’t usually seem to bother. Anyway, we passed the train, returned to the main track and started to gain some real speed.

We slowed briefly as we passed some dudes working beside the rail and then gained speed again. As we rounded another corner I saw another brujita heading straight for us at a similar breakneck speed. As both drivers hit the brakes I leaned backwards and futilely prepared myself to deflect the oncoming cart along with its driver and passenger’s faces with my feet. The brakes squealed, we decelerated alarmingly slowly and came to a stop within mere metres of each other.

The drivers greeted each other casually as the other cart was unloaded and lifted off the rail to allow us to pass. Take note here, these drivers go back and forth all day long on the same short section of rail and all have phones which they use frequently, yet there was zero communication about oncoming brujitas. There’s a YouTube a video of a collision a few years ago and I’d wager it happens pretty often but, you know, tranquilo.

After our near collision we took off again and arrived in San Cipriano a few minutes later. Including the various delays for oncoming traffic the ride took about 30 minutes. As soon as we arrived we were greeted by a hustler named Rolando who helped us find a hostel and then corralled us to a restaurant of his choice for lunch. We were a group of six traveling together with no one willing to step forward as the leader slash decision maker so we were ripe for this kind of herding.

Rolando left us briefly then returned a couple of times to encourage us to commit to a waterfall and tubing tour the next day. Rolando is a common character in many parts of the world. In Colombia, unlike some other places, it’s generally harmless and genuinely helpful. Whenever I get off a bus with my backpack I expect to have at least one person approach me to direct me to the nearest metro station, recommend a hostel, connect me with my next bus or guide me to the taxi rank. Depending on the situation they might be working directly for a bus, taxi or tour company, they might receive a commission for sales or they may just be strengthening a relationship with the person or company they connect you with. In some cases it’s just a stranger being kind. Either way they don’t expect a tip and it doesn’t seem to affect the price I pay so I’m usually grateful for their help.

Occasionally, the hustler does a bad job of reading the situation and is too enthusiastic or aggressive. The third time Rolando returned to talk to us about the tour I told him firmly but with as much courtesy as I had remaining that we were tired and wanted to relax before we made any decisions and I was sure we would have no trouble locating him in this very small town if we needed help with anything further. He took my cue, apologized and didn’t reappear until the next morning. We spent the evening eating, drinking and playing games.

After chatting to some other backpackers we decided we didn’t need a guide to find the waterfall the next day but ended up talking Rolando down to such a great price that we took one anyway, happy to contribute to the local economy. We trotted off to a couple of lovely waterfalls, ultimately grateful for our guide who called us back from false trails more than once. Without him we might still be wandering the jungle. On the way back we picked up the tubes we’d stashed earlier and as a storm broke above us we floated down the river back to town.

San Cipriano was wet and grim. The food and accommodations were basic – almost all of the meals consisted of meat, rice and patacones – plantains fried then mashed then fried again. There was no avocado or fresh fruit which meant vegan meals consisted of just rice and patacones and if I was lucky, some lentils. I don’t even count the ‘salad’ of iceberg and a slice of tomato which accompanied each meal. I found the people less friendly than elsewhere in Colombia but it’s understandable considering the weather, the meagre slow drip of tourists rotating through town and the lack of opportunities for locals beyond running hospedajes or guiding.

In spite of all this I loved San Cipriano. It was a relief to take a sidestep from the main tourist trail and the moto-brujas were a delightful way to fly. It did feel more ‘real’ than other places and after witnessing the results of atypically dry weather in most of the country driven by El Niño, I appreciated the rain… But if you’re planning a trip there I recommend going well stocked with fresh fruit, a deck of cards and a waterproof jacket.